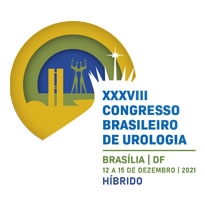 A magical and historical tour of the sights of the planned and eccentric capital of Brazil. The only city in the world of the twentieth century named World Heritage by UNESCO.

Sights and monuments with panoramic views (inside the vehicle):

For those who prefer to enjoy the beautiful lighting of the monuments of our Capital! Brasília at night is a spectacle, the monuments are even more imposing and monumental, and you can still relax in the last stop, have a drink or dinner on the shore of Lake Paranoá in the South Lake Jetty.

Note: The last stop is at the Ponta do Lago Sul (high point of the tour) on the edge of Paranoá Lake with its everlasting sky and a moon that illuminates the place spectacularly, the Pontoon is the most special gastronomic center of the city, of the best restaurants, all with a privileged view of Brasilia.

For those who live or visit Brasília, the Pontão do Lago Sul is a must. There is also the largest leisure and entertainment center in the federal capital: a postcard, a varied cuisine, cultural and sports programs, ample parking and numerous services, as well as its almost beach climate and the most beautiful sunsets in the city. City. A complete leisure center surrounded by green and security that contributed to make it one of the most visited tourist spots of Brasilia.

The Municipal Park of Itiquira located in the Municipality of Formosa- GO. They are only 115 km from Brasilia, has the largest free fall available in the country. Ideal place to spend the day.
They are more than 160 meters high, giving to this magnificent place all peace and tranquility for those who want to get out of the stress of everyday life. The Itiquira Municipal Park offers a easy access ride, from parking to drop are approximately 15 minutes, on this route you will go through bridges, you will see some rapids and also great wells of calm waters and that are great for swimming. In the course also there is a very dense vegetation that mixes with the cerrado, leaving the climate very cool. Sometimes a few stools appear to sit and rest. The birds do they sing a lot and the sound mingles with the noise of the rapids. Some butterflies blue turquoise wings fly there. Further ahead there is a children's playground, bathrooms and a large horizontal shower, right on the river's edge. The trail has several points for bathing, is a ride for all ages.
For those looking for more adventure the Salto do Itiquira offers trails for access above of the waterfall, with an incredible scenery, there the most experts can do the practice of abseiling.
If the weather is sunny, a gigantic rainbow forms around the waterfall. In the ecological trails, it is possible to contemplate the beauties of nature, the swimming pools and the sunset. The climate in the region is of two seasons - the drought - which runs from April to September; and the rainy season - from October to March. Temperatures reach 30 degrees, but, during the night, happen lows, falling to approximately 14 degrees.
Tips: We recommend to take sunscreen, hat / cap, repellent, bath linen, towels and light clothing. The place has a restaurant that serves food typical of Goiás.